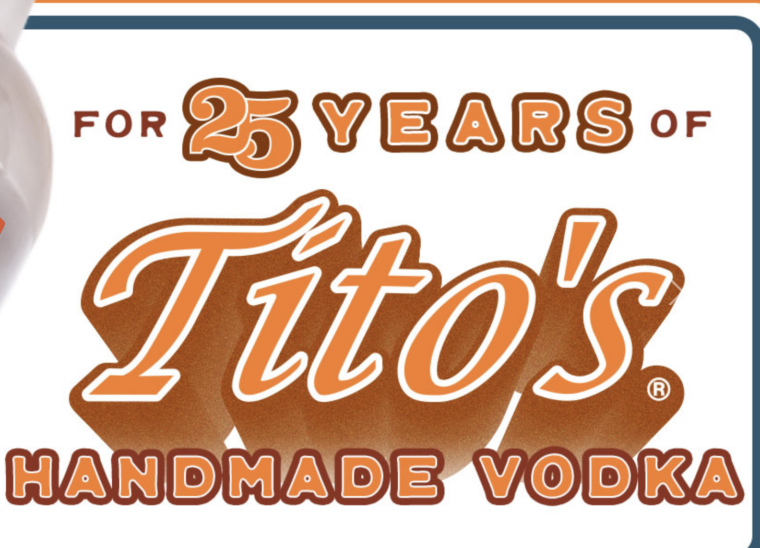 There are Five Thousand Three Hundred and Twenty-Five (5,325)

Grand Prizes Include:
Twenty-Five (25) grand prizes (each, a “Grand Prize”) is available to be won, and each comprising of: One (1) Trip for two (2) people to Austin, TX for Tito’s 25th Anniversary Celebration comprising solely of:
• Round trip, coach, air travel for one (1) winner and one (1) eligible guest from the major airport nearest the winner’s residence (as determined by the Sponsor) to the major airport nearest Austin, TX.
• Three (3) nights (one room) standard double occupancy hotel accommodations from October 13–October 16, 2022, for the grand prize winner and one (1) guest at the Marriott Downtown Austin in Austin, TX (or similar hotel at the Sponsor’s sole discretion);
• Ground Transportation for two (2) in the form of Rideshare credits and/or Private Group Bus.
• Two (2) GA tickets to Austin City Limits Music Festival on October 13 – 16th, 2022 with access to the Tito’s Lounge.
• Two (2) tickets to Tito’s 25th Anniversary Celebration on October 13 – 16th, 2022
• Choice of Golf at an Austin Golf Course valued at $150, Spa appointment at local Austin spa valued at $150 or other Activities (to be determined at the Sponsor’s sole discretion).

Second Prizes Include:
Five Thousand (5,000) second prizes (each, a “Second Prize”) are available to be won, and will be awarded to the first 5000 Entries received form Entrants not selected to win a Grand Prize of First Prize. Each Second Prize consisting of one 18” X 24” signed poster by Paul Mann in 100# Flo Dull Cover Paper (POSTER). ARV of each Second Prize is $20.

The ARV of the Grand Prizes, the First Prizes and the Second Prizes (each, a “Prize” and collectively, the “Prizes”) is $320,000