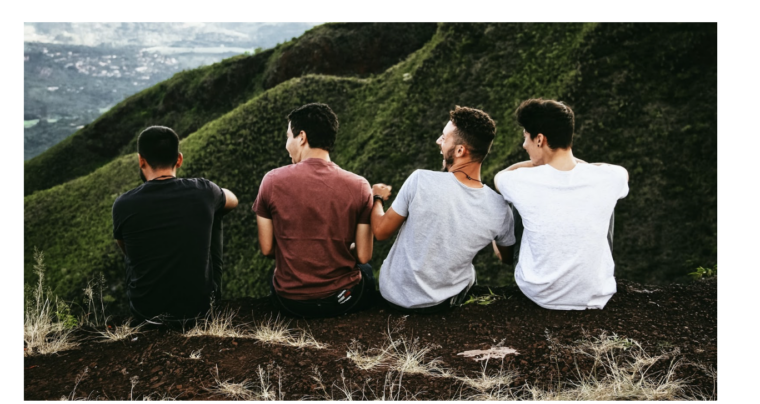 In a perfect world, men would be more comfortable with embracing their weirdness, uniqueness, and quirkiness. But as traditional masculine norms are being questioned, men are finding themselves trapped between working through internalized attitudes or denying their true selves.

How Society Affects Men and Their Ability to Express Themselves

Why are Men Not Embracing Their Uniqueness?

All genders are pressured to uphold certain ideals, and it takes time for these expectations to change despite them holding little to no societal benefit. For example, women used to be expelled from school for wearing pants, a practice that’s seen as sexist by today’s standards.

Men may not be expelled for wearing skirts, bold and unique men diamond rings, or wearing bright colors, but they are socially ostracized for dressing in any way that doesn’t fit the “norm.”

Why are Men Not Embracing Self-Love?

Being comfortable in your own skin is a part of what makes a person stylish, but men are taught not to express their feelings. When they do, the result is often explosive for others or for themselves. Now, men are asked to be more expressive, but that feels alien or inappropriate.

If men aren’t living up to traditional expectations, it makes them feel depressed. Since men are less likely to reach out when they have a problem, the wounds stay open for much longer.

Why are Men Not Embracing the Push Towards Self-Expression?

You’d think that dismantling gender roles would make men happier because they aren’t confined to a single expectation. However, the solution is also a part of the problem. When gender roles were more stringent, men knew what was expected of them. Now, there isn’t a straight path.

These shifts are undoubtedly positive, but it goes against everything men are taught. Unless men’s mental health is taken more seriously, they’ll continue to reject these changes.

Why Men Need to Learn to Love Themselves

Loving yourself isn’t selfish, and it doesn’t make you weak. In fact, self-love is akin to respect. If you don’t respect your own needs, desires, and boundaries, you can’t expect others to respect you in return. For men specifically, self-expression means the difference between life and death.

Men are four times more likely than women to commit suicide. Psychologists assume this is happening because men aren’t adjusting well to new expectations. Men owe it to themselves to seek help, support their fellow men and boys, and be the type of person they can be proud of.

How Men Should Embrace Their Weirdness Despite it All

First and foremost, you need to make time for yourself. Start focusing on what you want, try new things, and meet new people. It’ll help you feel more confident despite others’ comments.

It’s normal for both men and women to correct their own gender when they fall away from the “norm.” But not everyone is like that. There are plenty of men that aren’t going to judge you for how you dress, talk, or act; you just need to find them. Start your search on social media.

However, if you can’t find a group near you or you’re nervous about reaching out, look for male support groups online, but watch for red flags (i.e., women-hating or appearance grading).

Finally, do your best to celebrate every step you make. Most men are achievement-oriented, but they often over-commit or reach for the stars. You’ll need to manage your expectations and set your sights lower if you want to make progress. Don’t forget to celebrate your mistakes!

If you feel your problems are too big, that’s okay. There are hundreds of counselors, therapists, social workers, and psychologists that will help you feel safe expressing your weirdness.