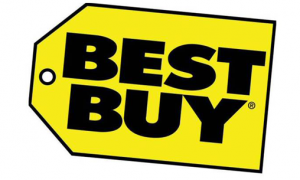 Best Buy announced that, due to overwhelming demand, it has had to cancel numerous online orders this month, including some that were placed as far back as Black Friday. Have any of you had issues with your Best Buy purchases? And has it affected your holiday shopping game plan?

Well I was one of the people’s who orders were cancelled 🙁 It was a Wii Game for the hubby that I snagged from $4.99 – I did a post about the deal

I received a email about a week ago that it was cancelled – am I upset… I guess a little but when you are dealing with hot deals such as this I always feel like you have a 50/50 chance of receiving the product.

It just means there is one less present under the tree for Mr. Savvy 🙁  I did receive a $5 Best Buy Gift Card in a email this morning as an apology though 🙂