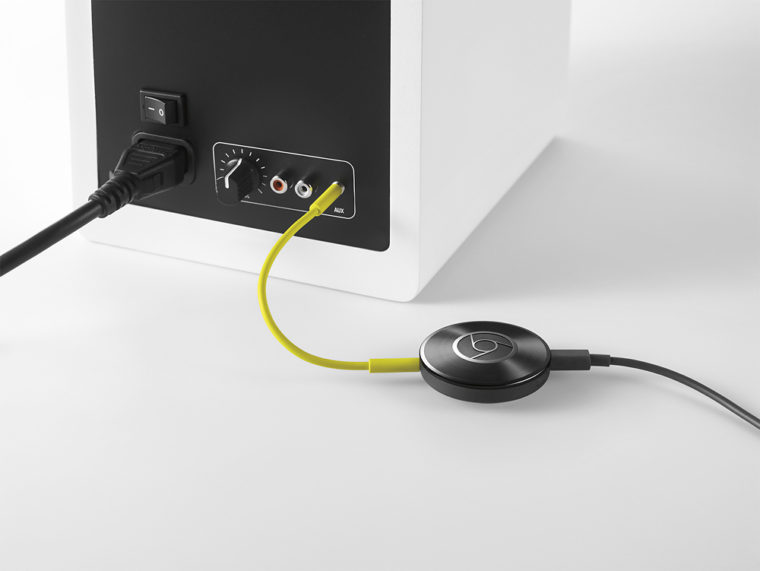 The reviewer has been compensated in the form of a Best Buy Gift Card and/or received the product/service at a reduced price or for free.

I have been playing music for my babies since they became capable of hearing.  I have been streaming more classical music and even been more cautious about what I watch on TV.  I know that they can’t really understand the words that are being said, though studies have pointed to familiarity with languages introduced in utero and after being born they recognize and respond to stories and things they have already heard in repetition.  Eric also reads to them every night and he put together a playlist on his computer that I am able to play for the babies over wifi because of Chromecast Audio.

Instead of bluetooth tech, Chromecast uses WiFi for crystal clear sound powered by the cloud.  So, it is possible to play music on your new, or old speakers wirelessly from a phone, laptop, or tablet.  The fact that Chromecast uses WiFi instead of Bluetooth is key to the clarity and hi res sound.

It’s awesome to be able to cast streaming audio from my phone to my good speakers, and to control the volume, play, pause etc from my app while still retaining the ability to talk and text at the same time without interrupting the playback or draining the battery.  Get more info here

Now I can stream millions of songs, stations, and podcasts through my favorite apps and finally get the sound I want wirelessly, with this simple device, and when I group Chromecast Audio devices together I can use the multi-room feature to maximize my spatial freedom and the babies listen to my music uninterrupted as I move around the house.

Moms, did you play music for your little ones while they were still baking in the oven?  What did you play?