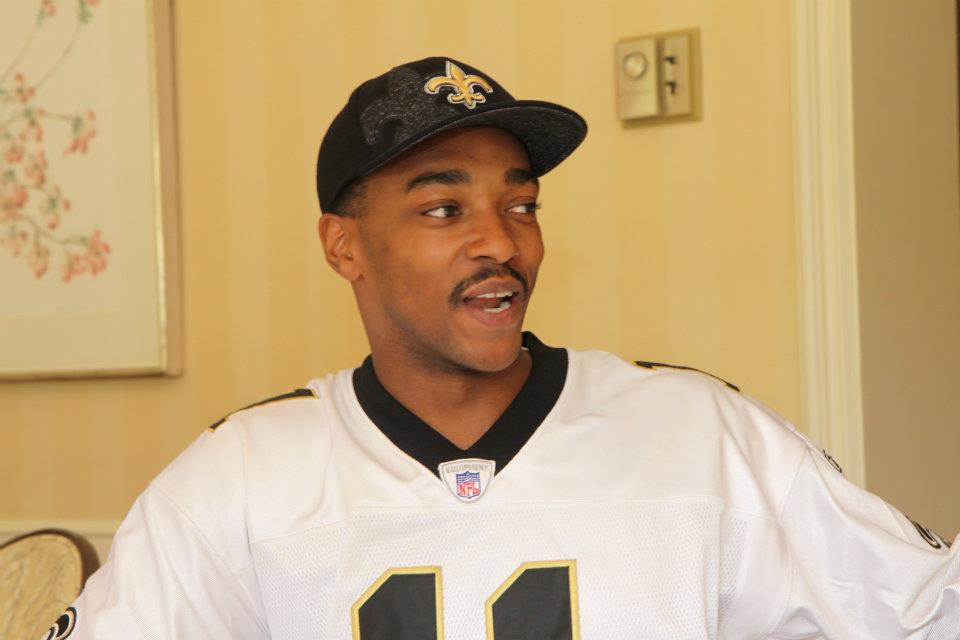 In  Real Steel, Anthony Mackie plays Robot Boxing bookie Finn. Though he did not have a huge role in the film his character is very strong and extremely entertaining. Budget Savvy Diva as well as 20 other bloggers had the pleasure of interviewing him at the Real Steel press junket. He was super sweet and very personal.

So one of my favorite events from the Disney/Dreamworks Event happened during this interview.

I have received plenty of comments about my eyes but I think that one tops it 🙂 !!!

Now let’s get on with the interview 😉

AM: It’s a lot of fun.  I mean I enjoy — I love what I do.  Um, I wanted to be an actor just because it’s like — it’s the best of worlds, you know.  You get a real job, and you can pay your rent, and you get to meet celebrities.

Blogger: Speaking of having fun, that scene on the steps in the last fight. How many takes did it take you to do that scene, because you two look like you were just laughing [LAUGHS] at each other all along?

AM:This is the problem. So, you have extras in movies right? So, the extras always try to become featured stars in the movie. So, it comes to the point where you just start making fun of the extras.

Blogger: Can I ask were you told it was a family movie when, when you were given the script?

*Disney/DreamWorks provided me with an all expenses paid trip to Los Angeles for an advance screening of Real Steel. All thoughts expressed are my own.*