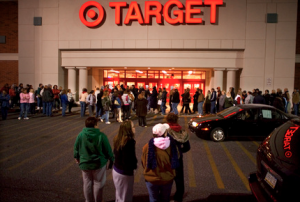 Anthony Hardwick, a cart attendant at a Target in Omaha, started an online petition asking the company to push back the hours.

According to spokeswoman Molly Snyder the time change is due to shoppers adding:

“We have heard from our guests that they want to shop Target following their Thanksgiving celebrations rather than only having the option of getting up in the middle of the night.”

Will you be support this time change?