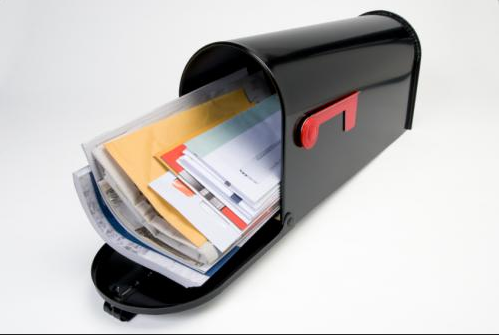 USPS – I ordered something from Amazon and I got a tracking number. I tracked the package every couple of days and was excited to see that it was on the truck to be delivered. I was home all day. No Package. I checked the tracking number and it said it was delivered. I check the apartment office – nothing. I called the postal service and they said they would look into it.

The next day the package arrived – the postal service called to follow up. I asked why would the tracking be off by 30 hours? It said it was scanned and left at my front door ( when it actually arrived 30 hours later).

But I was happy 🙂

Fed Ex – I used Fed Ex to send back items from my Disney trip ( including swag from Brave I planned to giveaway on the site). Again I tracked the item. This time I sent it to my parent’s house, which is on a quiet street in Portland. You really do not get safer then their neighborhood plus I knew they were home. Two days ago I saw that it was on the truck for delivery. At 11 am it was said to of been delivered on the front steps. I called my mom that night only to learn NOTHING was left.

So I called Fed – Ex. They said they had no idea where the package was. They asked the carrier and he said it was delivered. My awesome parents asked the neighbors… nothing. Fed – Ex said they were going to look into it. The next day Fed – Ex called me and said now the carrier said that he felt “uncomfortable” leaving the package on the door step – ( my parents were there the whole day and would of answered the door if it was knocked). No one can see the front door step from the street. Long story short the package arrived about 27 hours after the tracking number said it arrived.

2 out of 3 packages this whole tracking mess has happened to me.

Has it happened to you?

What do you think is going on?