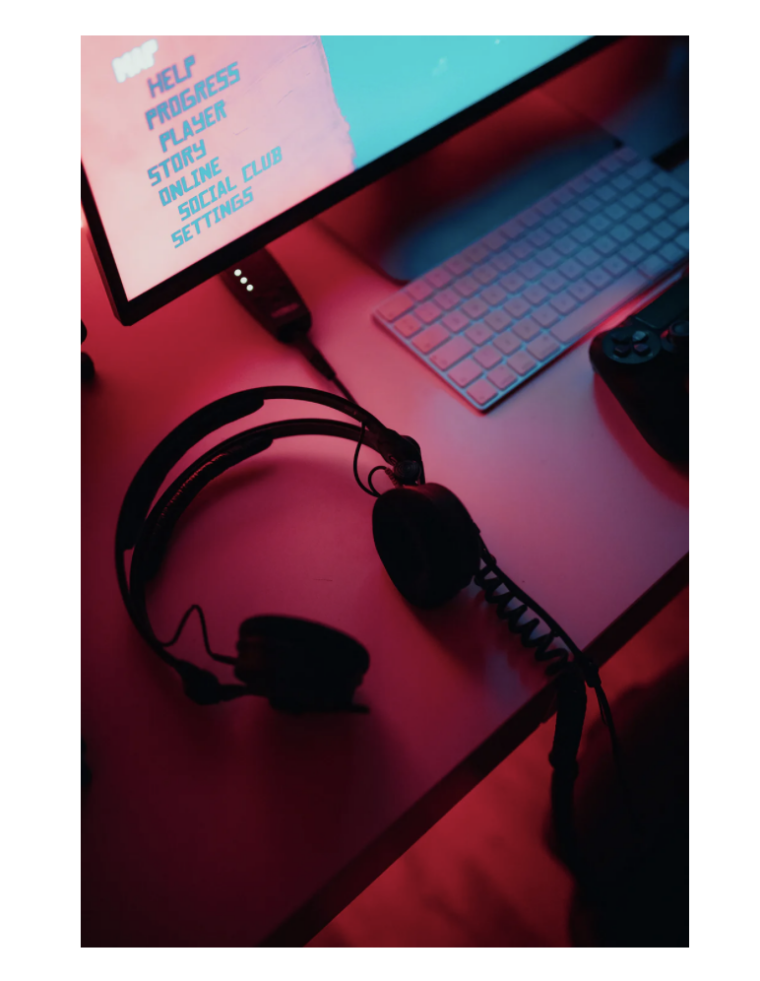 As the world of gaming continues to evolve, the amount of traction it’s received over the past decade is not surprising. As recent as the 1990s itself, gaming was seen as an indulgent activity for gamers to engross themselves in mindless entertainment for hours on end. No one would have ever predicted gaming to be taken seriously as a possible competitive sports or lucrative job prospect.

However, the value and reputation of gaming is growing as witnessed in the rise of esports and the burgeoning popularity of “Let’s Play” gameplays and gaming commentaries on Youtube. Not to mention that gaming equipment like gaming laptops have risen in popularity as well.

Gaming as a genre is being taken more seriously to the point where it’s being seen as a valuable skill to possess and a craft to hone. Since the inception of esports into the athletic program of Robert Morris University in 2014, it’s League of Legends (LoL) team was formally recognized as a varsity sports team. Although initially seen as a joke, over time more and more tertiary institutions began validating the worth of esports by introducing esports scholarships too. A few of the schools offering such scholarships include the University of California: Irvine (UCI), St. Thomas University (STU), Indiana Institute of Technology (IIT), and the list goes on. The success of esports programs in colleges has since led to the opening of the UCI Esports Arena in September 2016 with a healthy arsenal of sponsorships supporting it.

Is it Worth It?

Now, if you find yourself falling into the category of a professional gamer, you might be wondering, “Is this scholarship worth pursuing?” It might seem as though you’d be better off directing your time and energy into esports alone since you can create a viable career out of it. Hence, it seems unnecessary and irrelevant to even bother going to college, let alone acquire a scholarship.

While at first glance this might seem true, what a lot of pro-gamers fail to realize is that an esports career is often short-lived. Depending on the genre and game franchise you specialize in, statistics have shown that the average lifespan of an esports career falls under two years. This is an alarming statistic considering how a university education itself lasts longer than that. Granted, FPS games like CS:GO seem to afford a slightly longer lifespan but the majority of the esports community tends to be younger than 30. Although this age range is speculated and highly subjected to variables, it’s almost undeniable that esports is a “young person’s” career.

Another factor affecting the success of an esports career would be the viability of you even going professional. Everyone can pick up a game and become good at it through practice. However, to be considered an esports pro, being good is not enough. You need to be the top of the top — the elite tier of gaming communities. In LoL alone, there are only a few hundred players who are pro out of the 80 million players worldwide. This stark contrast illustrates how skillful you need to be at the game before you can even consider making a living out of it.

Hence, even if you’re deeply passionate and dedicated towards a game, you’re still pitted against other players locally and internationally. Your aptitude as a gamer is thereby determined by how well you fare against others. You can’t just be good at the game, you have to be better than others. In such scenarios, an esports scholarship might be more worth it because at least you’ll get a chance to compete on a varsity team and gain decent experience and exposure. Who knows, maybe such opportunities is precisely what you need to overcome the barrier separating a decent player from an elite.

In July 2016, a nonprofit membership association, the National Association of Collegiate Esports (NACE), was formed to progress the status of collegiate esports within the varsity realm. In that year, there were only seven universities offering an esports program whereas today, there are over 100 with varsity esports programs — so that’s a huge jump.

With each year, the number of collegiate esports varsity teams and programs are only going to keep rising as more and more kids spend their childhood playing video games. A direct correlation is also seen with the popularity of esports tournaments where in the past, you’d have to download HLTV demos just to see each individual player’s POV during a match. However now with the advent of live broadcast technology, game tournaments with casters are easily streamed from anywhere.

For starters, you’ll need to gain acceptance into a college or university the standard way — through high school transcript and other references submissions and acing your mandatory ACT or SAT.

Once accepted, you’ll then have to complete a recruitment form where depending on the institution, they’ll have certain qualifications to meet. For example, UCI mandates players to be at least a Master level in LoL or Grandmaster in Overwatch to stand a chance for selection. Depending on your skill level, you’ll be allocated to either normal or priority status in which the latter would accord you a meeting with coaches and current team players to perform a preliminary gauge on your abilities before proceeding to tryouts. When you reach the tryouts stage, take note that it’ll be live so that coaches can observe your skills during competitive play. Thus, you might want to practice with LAN competitions at local tournaments before your actual tryouts.

If you succeed during the tryouts, then congratulations, you’ve made it to the final roster. You’re part of a varsity esports team.

Of course, the aforementioned are steps in the traditional process of getting accepted into a varsity esports team. However, there are exceptions where if you’re already a fairly notable player in certain leagues or tournaments, you might get scouted and invited to join teams instead. This is the more unorthodox and less common way of gaining a full-ride scholarship. 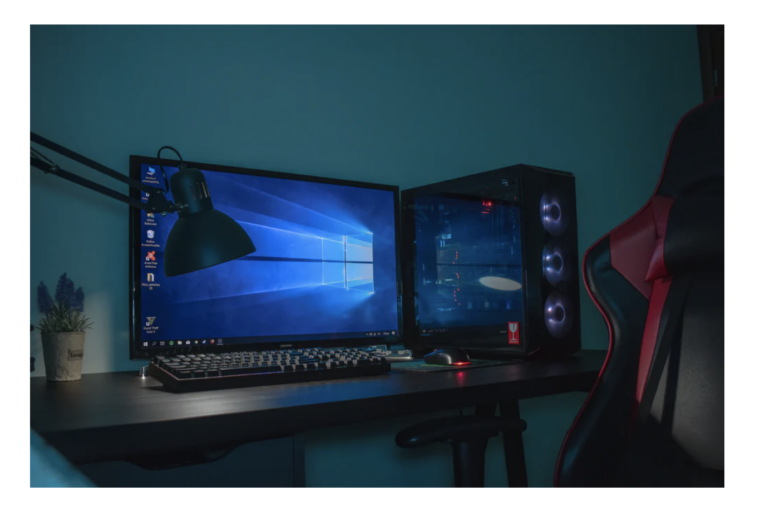 Even though you’re on an esports scholarship, don’t forget, you’re still a student first. You’ll have to attend classes and study hard just like everyone else; and as every scholarship mandates, you’ll need to maintain a certain GPA in order to keep your scholarship. Thus, expect the same amount of rigor, dedication, and discipline needed to juggle between your esports commitment and studies as any other varsity sports would entail. It definitely won’t be a walk in the park.

Now that all’s been said and done, you might be excited knowing that there’s actually a future available in gaming now. Gone are the days where gamers are just perceived as “wasting their life away” at the age of 25 but instead, you have a shot of making it into a viable education or career path just like any other job out there. 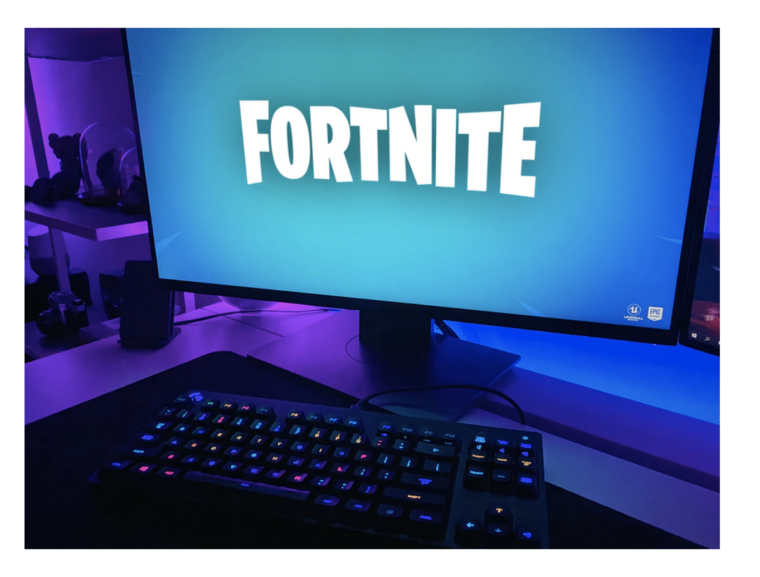