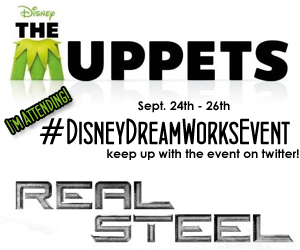 Many of you know that I spent last week in Los Angeles for Real Steel and The Muppets press events. Well Disney really out did themselves – while at the Disney Studio in Burbank, CA we met Andreas Deja who is an animator for Walt Disney Animation Studios most noted for creating animated Disney villains such as Gaston from Beauty and the Beast, Jafar in Aladdin and Scar from The Lion King. He also animated Roger Rabbit from Who Framed Roger Rabbit, King Triton from The Little Mermaid, the title character from Hercules, Lilo from Lilo & Stitch, and Queen Narissa from Enchanted. In addition, he is the current resident specialist for the animation of Mickey Mouse. And with The Lion King coming out on Blu Ray for the first time he showed us how he draws Scar! 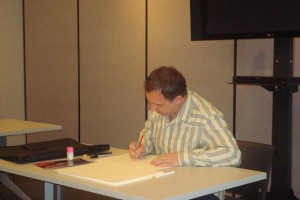 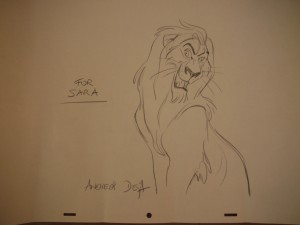 How cool is that!!! I am having it nicely framed – this is one item that I am spending money on 😉