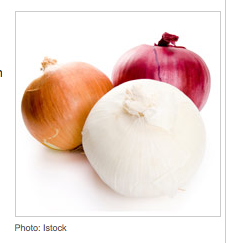 Tons of ready-to-eat and ready-to-cook foods have been recalled because of listeria contamination at a California onion plant.

The recall of onions, as well as celery-onion mixes, affected 12 U.S. states and three Canadian provinces: Arizona, California, Colorado, Illinois, Montana, New York, Oklahoma, Oregon, Pennsylvania, Texas, Utah and Washington; and in Canada, Alberta, British Columbia and Ontario. Many more states are affected because the onions were used to make a variety of packages and ready-to-eat foods, and distributed to retail location in additional states.

Here’s a look at some of the related recalls: