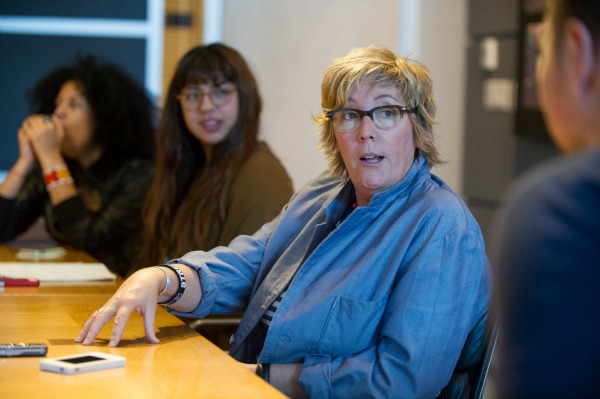 As many of you are aware over a month ago I was at Pixar learning everything Monsters University.

One of the amazing experiences was the chat we had with Monsters University producer Kori Rae ( who is a former middle school English teacher ( how super cool is that ?!) . She was so kind to answer many of our burning questions. The one I personally wanted to know the answer to was why it took so long to get another “Monsters” film. Since Monsters Inc lent itself so easily to a prequel or sequel her answer

Question – Did you work on Monsters Inc

I did. I was the associate producer on that. 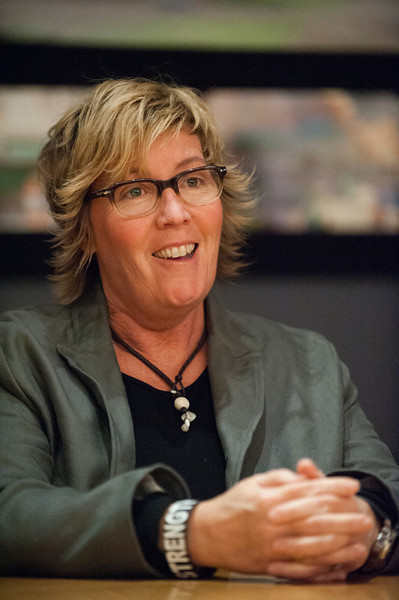 Question – Everybody’s so passionate that I’m sure at some point they’ll fight for their ideas, and things like that.

” Yeah, and then the filmmakers have to make those choices when it comes down to that, because you have to.”

Diva thought – I personally think that is why Pixar is so successful because there are so many fresh ideas.

Question – What her favorite character in the film is  –

“I love them all.  No, you know who I do really love, Dean Hardscrabble.  As a character, and as a character design, and I just love that she’s, you know, this, this strong, powerful, character, and that Sully and Mike cause her to shift a little bit, her way of thinking.”

Question – What part of the process of making the film did she like the most ?

“I really loved being in story on this film, and, and we had an incredible team dealing with the really challenging problems, and, and so……as a first time producer, um, it was the first time that I had really been in the story room every single day all day.  And, uh, so I really loved that part of the film”

Here is a trailer for you to enjoy 🙂