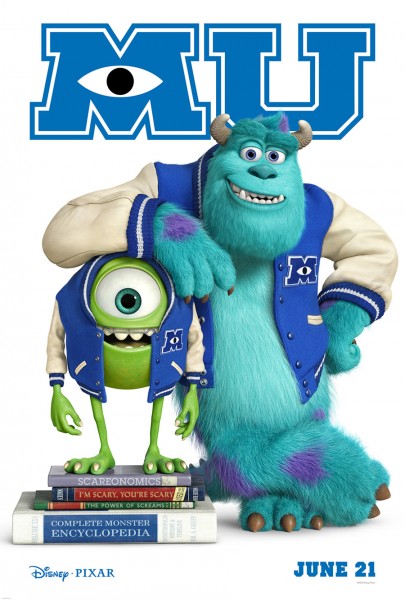 Remember a couple of months ago when I enrolled in Monsters University? Pixar Animation Studios in Emeryville, California hosted a one day media event and I got to take some great courses in Pixar’s practices and meet the minds behind their newest creature feature Monsters University. The campus was all decked out and booths for various clubs welcomed us to join. After I got my student ID I was of to Orientation and lectures from art directors and animators who explained the history, psychology and physics that went into the creation of MU. 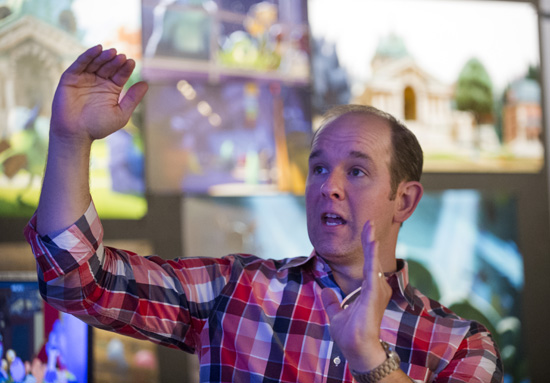 Dramatic Arts. Instructor Scott Clark, Supervising Animator on MU shared how their techniques bring characters to life on screen. Since the characters cannot be portrayed physically by an actor or stuntman, their physicality and emotion are conveyed by the artists who animate them. Characters like Sully have skeletons with pose-able joints. Those joints are manipulated and controlled by the artist, using a spreadsheet of controls for each movement. This is an involved process and it can take weeks to work out seconds of usable footage. 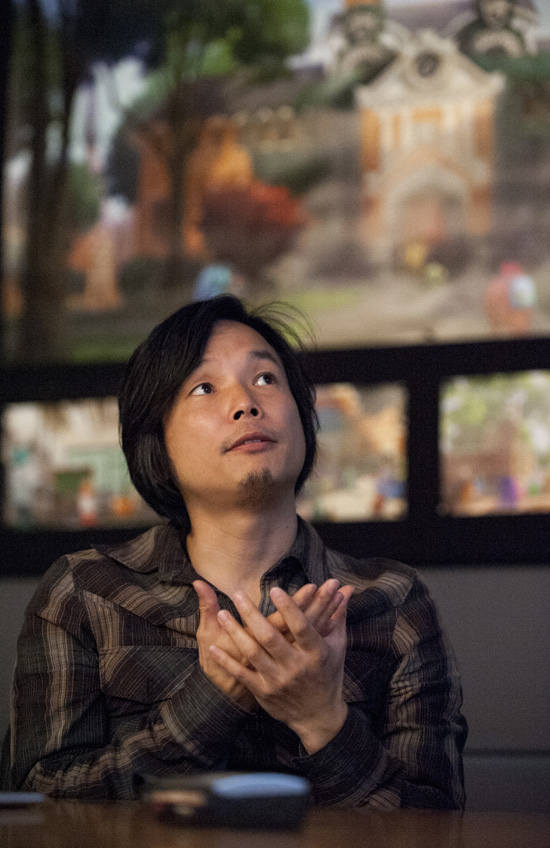 In Anthropology we learned about the monster world and the fun ways in which it differs from our own. Instructors Dice Tsutsumi, the shading and lighting Art Director, and Robert Condo the sets Art director, enlightened us on the process of designing a University built for so many distinctly different characters. The environment of the campus must support many shapes and sizes as well as types of monster and means of travel. Vegetation adds monstery flair sharper, more aggressive appearance than the type of foliage we are used to and Scream technology fits into MU as a practical aesthetic. Color and lighting indicates a lot about a movie from time of day to location, but it is also used to hint at an emotional tone or the status of a relationship. The overall goal of the Art Directors was to relate M.U.’s history of scaring and the idea that it is where important scarers come from.

Production Designer Ricky Nierva and Character Art Director instructed us on Character deconstruction in Sociology. They talked about the challenge of age reversal on already existing characters and the steps they took, such as slimming down, saturating colors, and making disproportionate hands to grow into. The 400 monsters of Monsters U have six distinct body types. Dean Hardscrabble went through many transformations from bat, to snake, to crab, to butterfly, scorpion, even from male to female before finally becoming a centipede to show her as a mixture of scary and elegant. 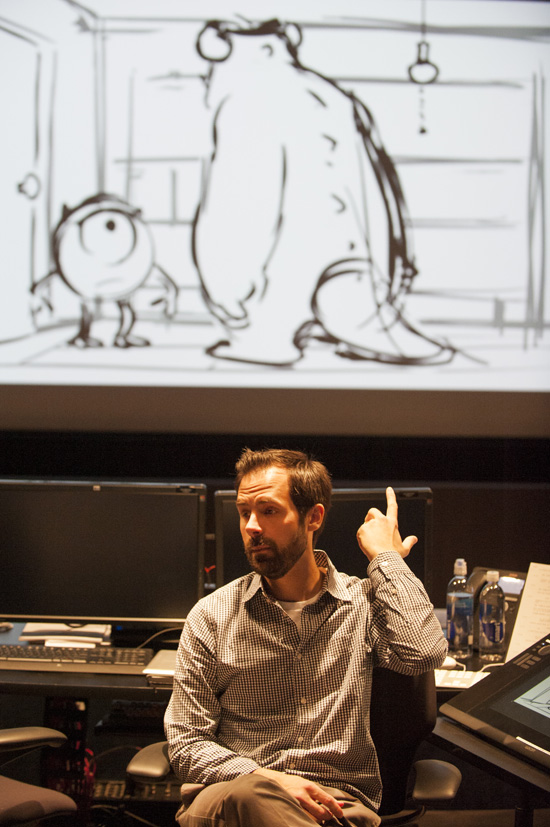 In English 101 Story Supervisor Kelsey Mann instructed us on how to tell a great story. From the whiteboard, lively discussion between the Story Supervisor, director and writers develop an idea until writers and story artists are able to put their concepts to the page and pitch them. An in house program called Pitch Doctor, allows sketching on tablets and photo-shop is sometimes used to create layers of drawings for a pitch. Successful ones become notes for story animators who’s focus is to create the strongest story lines.

In Physics 250: Global Illumination, Director of Photography J.C. Kalache, Sanjay Bakshi and Christine Waggoner (Technical and Simulation supervisors) instructed us on how rendering draws all of the elements together and creates a natural presentation of motion and varieties of different textures that encourage the viewers belief in what they see. A “render farm” comprised of 24,000 computers rendered Monsters University over a couple of years, taking 100 million cpu hours. One frame (1/24 of a second) takes 29 hours to render. 89% of the film was made with simulation due to the complexity of the images. Variations in the hairs on sully or wrinkles in fabric are to complex for animation by hand, so motion is simulated by software calculations, making more business and realism possible. For example Monsters Inc. could only have one furry character in a frame, while 25% of the monsters at MU have fur. While Pixar films usually have no more than ten characters in a shot, Monsters University averages 25. The richness of the image and freedom to create more within one of Pixar’s best loved worlds is all thanks to Global Illumination and the wonderful instructors who brought Monsters University to life

Disclaimer – Trip was fully paid for by Disney but all thoughts are my own.