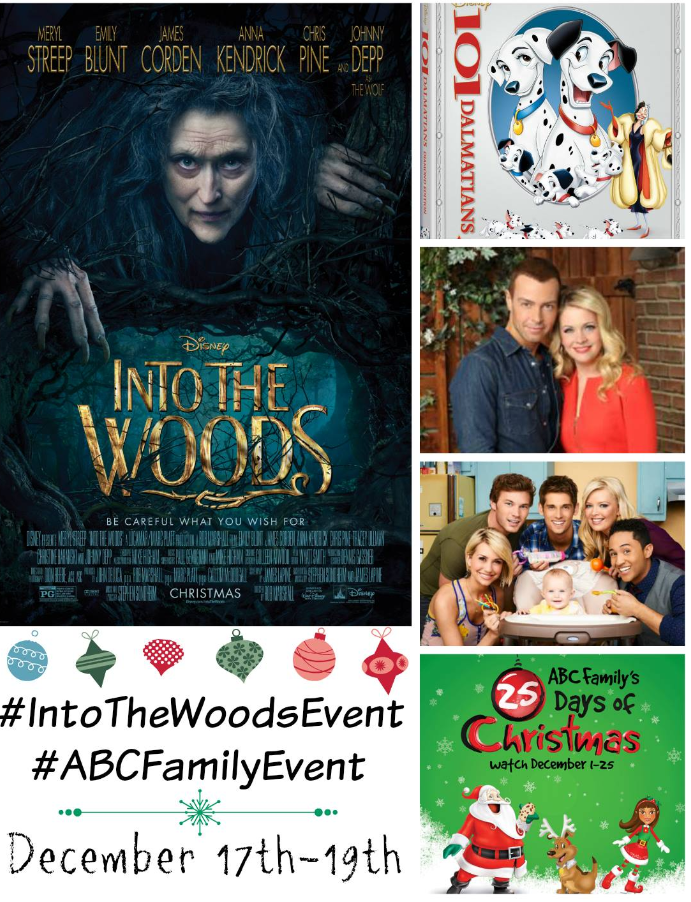 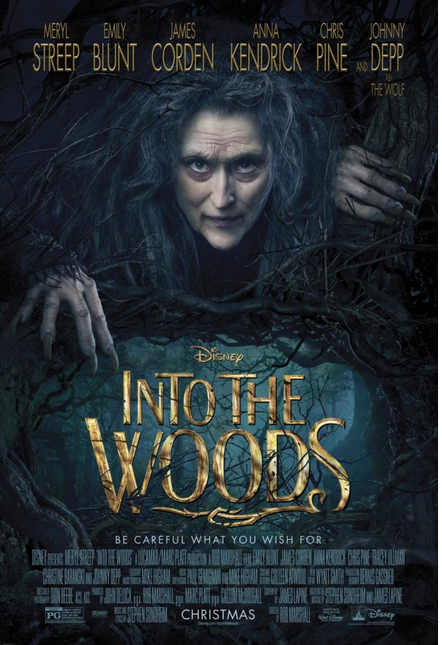 I am most excited about Into The Woods – we will be watching a screening in the Samuel Goldwyn Theater in Beverly Hills – afterwards there will be a Q&A with Meryl Streep, Chris Pine, Anna Kendrick, Emily Blunt, James Corden, Christine Baranski, Tracey Ullman, director and producer Rob Marshall, writer James Lapine, producers Marc Platt and John DeLuca, costume designer Colleen Atwood and cinematographer Dion Beebe.

Diamond Edition Blu-ray release of 101 DALMATIONS!!!! One of my favorite movies EVER! We will be going to Disney Studios for a special Blu-Ray release party – I will make sure to tape as much as I can 🙂

Follow Along – #IntoTheWoodsEvent and #ABCFamilyEvent from December 17th -19th.
Into The Woods (in theaters December 25th)