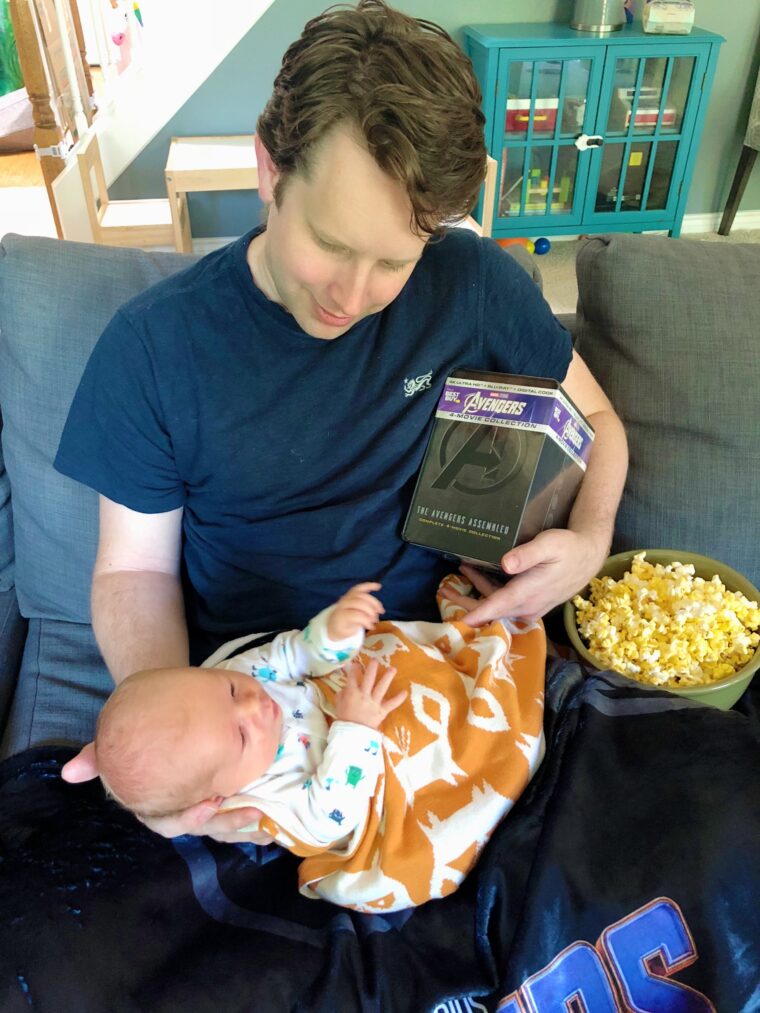 Avengers Endgame was re-re-released on July 30. This time it was in Digital Form for home viewers as well as in 4K Ultra HD. Some fans who just had to see the climactic melee of Avengers Endgame one more time in theaters. Disney put the film out again in June, complete with a deleted scene and a special tribute. Finally, on August 13 the film comes out again. This time in Bluray, DVD, and On-Demand. I was lucky enough to get an advanced preview for a home party and we got to have so much fun getting fully immersed in the Marvel Cinematic Universe.

We’re in the Endgame, Now

No Spoilers, I promise. If you haven’t seen it yet, you can pick up your own copy tomorrow. Suffice it to say that Avengers Endgame is an exciting and climactic fight. The film brings more than ten years of unprecedented comic book movies to ahead. Although this far from closes the book on Marvel films, it is a fitting conclusion. It’s a payoff to a long build-up of memorable characters and overarching storylines. Gone are the days when superhero movies are critically destroyed for trying to focus on too many characters. Avengers Endgame continues the tradition of flawless event storytelling that combines more than four franchises. The final result wraps up a decade of carefully set up character arcs and interconnecting plot points.

Avengers Endgame is the conclusion to a two-part Avengers story in which the long-anticipated titan Thanos wipes out half of Earth’s population, and with it, several of the planet’s mightiest heroes. The film successfully juggles screentime to present a balanced and entertaining film that gives a satisfying end to the first three phases of the MCU.

To celebrate watching this epic film we got this incredible party kit full of Marvel’s Avengers items. Eric and I each got to drink from Hawkey and Black Widow themed pint glasses and indulge in snacks like a Hulk inspired bowl of Popcorn and Captain America shield sugar cookies. Our home screening featured an Avengers character memory game, character symbol coasters, and even a set of all four Avengers films in 4K HD. The new movie comes out tomorrow in stores everywhere so pick it up this week.