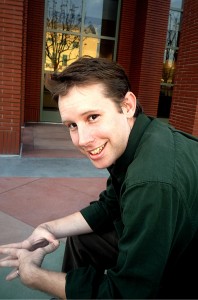 This article is written by Budget Savvy Diva’s very own Mr. Savvy 🙂

I don’t have a very extensive wardrobe and I’m pretty hard on my shoes and pants, so I usually find some time during spring or summer to buy replacements.

While in Arizona we decided that it might be a good idea to get some new jeans for me for my job and went to Kohl’s because BSD had gotten some great deals on slacks and dress shirts last fall.  First of all, I was shocked that they carried my size in almost every style.  I’m always lucky to find one and often have to settle for a close approximation.  Seeing my numbers was like winning the lottery.  I was ready to snatch whatever I could carry.  There was a sale and the price of all the jeans was $28. – WHAT?!!! That was too high for us, so we moved on.

Old Navy was just down the street.  They too had an abundance of styles and almost all of them carried my exact size.  I was elated. They had a 50% off sale, but the prices were a little bit ambiguous.  The way we figured it, the pants were originally $30.  I tried some on and decided on two pairs which felt great and got the BSD stamp of approval. We thought that one would be $11.99 and the other $15.00 — so getting out at $30.00 after tax would be awesome!

just a plan to do a little It was a struggle fitting them in with out carry on luggage, but sooooo worth it.

These are easily the best jeans I’ve had in years.