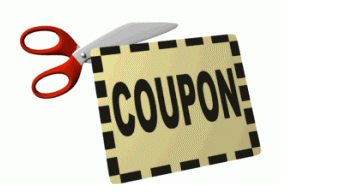 This is a guest post of another fellow frugal gal – Marci 🙂

If you have been couponing for three years or more you may remember all the free things we use to grab when combining a sale, with a manufacture coupon (that actually doubled) and often times adding a third coupon from your local store. Well, those days are seemingly dying off and we aren’t able to enjoy those freebies we once took for granted. Of course, we make sure to regularly check where there are great deals to be had online (see this site for one example of where we might check) but, in store, things really do seem to be changing.

When I first started couponing I remember getting shampoo, razors, toilet paper, beverages and foods for free. Now I struggle to pay $5 for  a pack of 12 roll of name brand toilet paper! With the airing of the Extreme Couponing series on TLC we saw the good, the bad and ugly. With that show came repercussions to all of us “normal” couponers!

See, before the show aired the stores were pretty lienant. We weren’t scrutinized for every swipe of the UPC code on the coupon, the expiration dates weren’t stared upon, nor did we get any eye brows raised to make sure we were purchasing the exact size of the product. Not that I mind, because I use coupons legally {Yes, there is a ILLEGAL way to coupon!}, but, now I will admit – I haven’t couponed for the past two years….I know right?!?

It all began when I was pregnant and super sick with my second daughter. You see, when I was better I tried to place a special order at my Kroger during a Mega Sale. I ordered 30 bags of cat litter…(I don’t have a cat people!) and the Store Manager told one of the Assistant Managers (that happens to be a family friend), that I was taking the product and selling it. She reassured the store manager that I in fact do a lot of donating. This made me so angry that I haven’t placed a special order and haven’t donated since that time. Which brings me to my next point…

Before the Extreme Couponing show aired I was spending $5 of my weekly grocery budget and getting items to donate. Due to the fact that I was using coupons I was often donating between $20-$50 worth of merchandise every week to different food pantries. With the restrictions, no double couponing in Cincinnati Kroger stores and my local Target store VERY hard to work with when using coupons, I’ve realized it’s not worth the effort to put forth. Now mind you, this all happened after a Extreme Couponing show aired with two “stars of the show” being 15 minutes down the road from me!

Three years ago, I was saving my family $116 a week, on average, with my couponing skillz. Now mind you I had a stockpile (a real one, not one of those floor to ceiling ones!). This week after not using a SINGLE COUPON in two years, I headed to my local Kroger store for a sale where I ended up saving 30% off. While that is great and all I only saved $13.75 using manufacture coupons. So because of the Cincinnati Kroger stores coupon policy change of no longer doubling coupons, my $13.75 in manufacture coupon savings just didn’t seem to be worth the half a day I took hunting, printing and clipping coupons.

What do you say, is couponing dying? Have you found yourself using coupons less than you previously had?