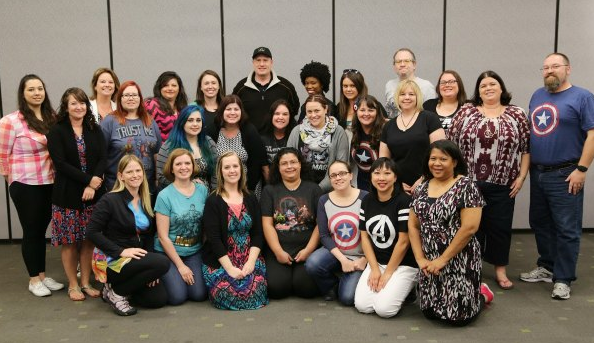 Remember to get your tickets are The Avengers : Age of Ulton it comes out tomorrow. I have seen the movie and I loved it – I seriously cannot wait to see it again.

Why is there no end-credit scene? What’s the story behind that?

Kevin: Why is there no end-credit scene? Well, there is a mid-credit scene, as we call it. It’s not a fast and hard rule that there must be something after the credits, and Joss was a firm believer that we shouldn’t do something that seemed like we were aping the scene at the end of it, and his version of the story really culminates with the mid-credits. And everything we were thinking of just felt like an add-on that wasn’t worth doing. But that’s one of the reasons why he wanted to get it out there so people didn’t sit there for seven minutes and go, ‘What?!’

In general, sometimes people dread spinoffs and sequels, but how does it feel to actually have a fan base that can’t wait for the next release from the studio?

Kevin: It feels great, and I think spinoffs can somehow get a bad connotation of meaning. At Marvel, their big story is about everyone that go back, you know, fifty years and hundreds of comic issues. And it’s exciting that people want to know what’s next. We believe each film works as a beginning, middle, end into and unto itself. And we worked very hard to do that. All we’re interested in is making one singular great movie at a time.

Do you have somebody in the Marvel Universe that you really wanna bring into the stories that you haven’t yet?

Kevin: I used to say Guardians of the Galaxy, Doctor Strange and Falcon, but if I say too many of them, it’ll give away exactly what we’re doing with Guardians 2 or with the future ones. 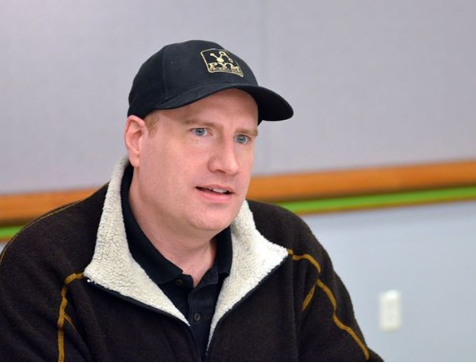 What was it like to bring in Quicksilver and Scarlet Witch into this movie?

Kevin: It was great. They are key Avengers characters in the books. They have a great backstory and relationship that we really wanted to explore, and it was one of Joss’s notions after Ultron to bring them in. The other characters were sort of assembled together by Nick Fury in the first movie and, and Thor came into the mix because of the presence of Loki, and now having characters come in from a totally different side is a very Marvel thing to do. There are a lot of Marvel characters who start on the other side of a disagreement, or the other side of the law that, that become heroes. And we wanted do that in an Avengers movie. 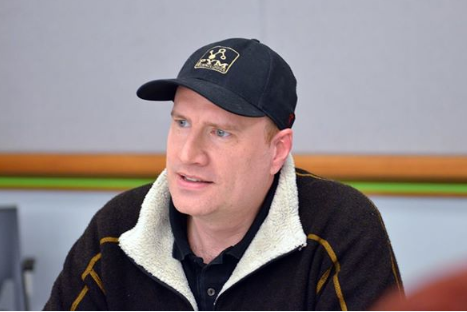 Did you read a lot as a kid, like Marvel comics? Who was your favorite character?