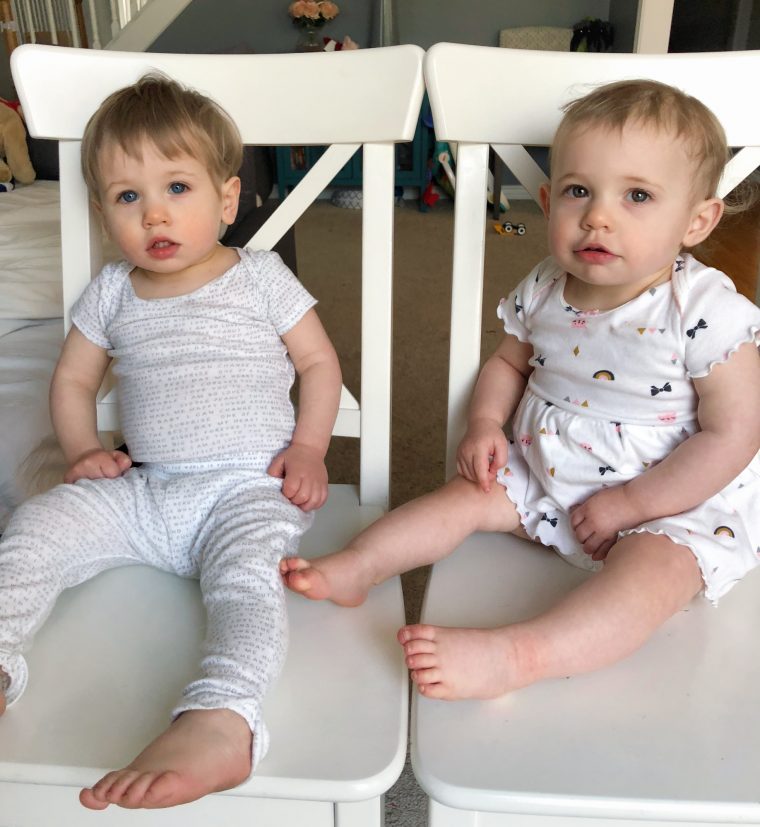 Lawson just had his 18 month check up – and something we have been a bit worried about was confirmed. Gwendolyn’s appointment is next week. It is almost impossible to book two appointments back to back so that is why they went separately.

We have a game plan with his doctor but I would love your advice – especially how we can work with him.

Around 11ish months he started to point at everything and said THAT! Everything was THAT – we would say what THAT was. Around month 14 he stopped saying THAT, but he did start saying MAMA – but MAMA was usually said once a week at most from month 14 – 16. We tried hard to get him to say THAT again and no use. Month 17 he would say MAMA MAMA MAMA – maybe 30 times a day. Now in month 18 he does not say anything.

But something is interesting and I wonder if it is a twin thing, he babbles to Gwendolyn all the time. They will be in the playroom and they will babble back and forth but his babbling with us is limited. Gwendolyn – 100% is who he “talks” to.

We know he is understanding because you can say – “Lawson bring me mommy’s shoes” and he is will and grab me my shoes and bring them right to me or if we tell him it is bed time he runs to the stairs for bedtime. Same with colors we say bring us something blue and he will run and get a blue toy and give it to us.

The game plan with the doctor is to wait till he is 2 before doing anything. I would love if you have any thoughts on how to support him. We read to him and talk about what everything around him is.