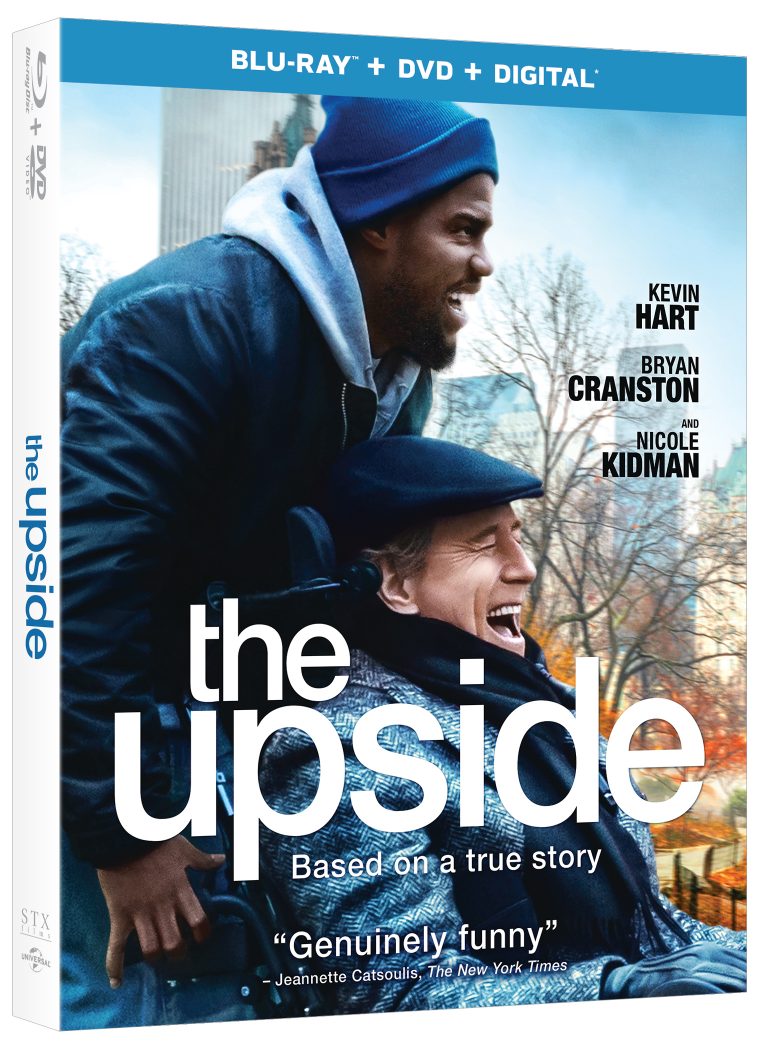 The Upside, starring the insanely talented Bryan Cranston and Kevin Hart as the leads is now available to own on Bluray! This is a very heartwarming comedy that I feel is more important now than ever. Whether welcome or unwelcome, it seems like audiences are increasingly taking social cues from film. So, in my opinion it’s wonderful that this film has such a positive and uplifting message. It encourages compassion and explores the enriching value of forming unlikely friendships. The Upside Bluray continues this exploration with a variety of special features.

Story and Premise of The Upside

The Upside is a comedy based on a true story filled with a star studded cast. Hart plays a down on his luck ex-con and Cranston plays a paraplegic Billionaire. The film is essentially a buddy comedy about how people from two very different worlds can establish a bond and give each other the important gift of a renewed zest for life.

The movie is career changing for Hart after his powerhouse performance and there are many special features dedicated to the characters Hart and Cranston portray and exploring insights into their strong connection.

In the film Kevin Hart plays Del, a father and an ex con desperate to appease his PO and get some kind of a job. When he’s at the end of his rope he is given a lifeline. He takes a job as an assistant to a wealthy paraplegic, which on paper he is totally unqualified for. However Philip (Cranston) sees something in him and selects him for the job. Throughout the story they learn more about each other and themselves.

Light Hearted At Its Core

That’s not to say that this is a super heavy and message movie. Quite the opposite. Despite the range of character and depth of emotions the actors portray, the essence of the film is pure buddy comedy that is just plain fun. There is just enough here to get you to relate and empathize with the characters so that you can enjoy the 2 hour ride.

Film was sent to me in exchange for review