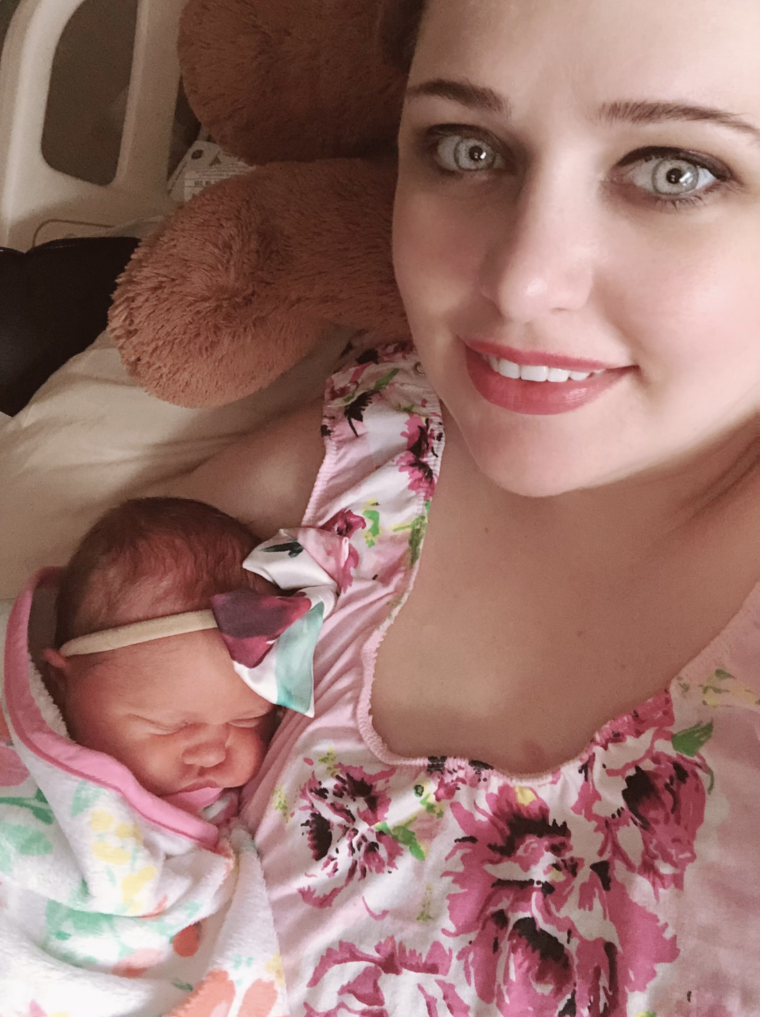 I never shared this photo of little Gwenivere Rose and myself. This photo was taken under 24 hours after she was born.

That whole day was insane. I went in for a simple appointment and told within a hour or so I was having my baby right away.

I really wanted a vaginal birth with my first pregnant – the twins. However, I knew for a while it was not going to happen. Gwendolyn was completely breeched and stuck. Like super stuck. Her butt was on the exit and her legs were up to her ears. After she was born we had to have an ultrasound done for her hips ( which ended up just fine). Lawson was super stuck as well. Their birth was unexpected in terms of timing where we had about 18 hours to go from sitting at home thinking I had a couple more week to having the twins in my arms.

Lachlan – that was more planned – kinda. We knew my blood pressure was going south. I decided on a c-section because recovery after the twins was a dream. This fact mixed with my blood pressure spiking it was the healthiest decision to get that little guy out right away. I recovered very well.

Gwenivere Rose – this one was the craziest. It was one of those we need her out now and that is it. I was okay with the decision. Once again recovery was great!

So this leads up to Baby 5. I did ask about a VBAC – and my OB laughed and said no way. I would like to try it if I could. Does anyone know? I do know that she is worried about my c-section scar because it basically has not healed in a couple of years. OOPS! This will my 3rd birth in 24 months — eeep!

So most likely it will be a c-section – I am okay with this fact. Though a bit sad.