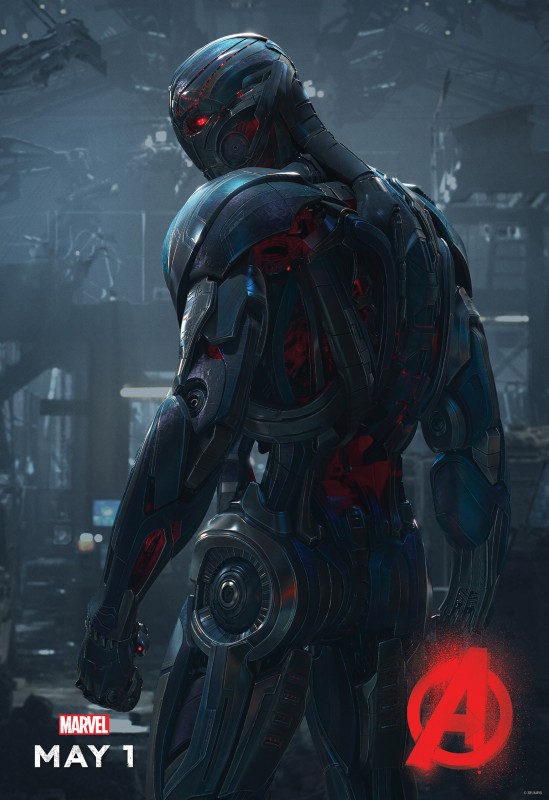 Read my full review of the film here

James Spader discussed getting the AWESOME part of Ultron ( seriously though guys I do not think the role could be done by anyone else…. he really made the movie for me)

“…And I have never in my entire career ever chosen a film to work on for the sake of my children.  And most of the films that I’ve done, they really shouldn’t watch.  I remember I took my mother when she was in her eighties to go with me to Sundance to see this film I did called Secretary which is about….and I took my mother…What the hell can I bring to, to an eight foot robot, you know?  I don’t…  That’s not my skill set.He told me sort of what he was looking for in terms of the character.  But he said, “You know, let me send you something to look at because the script is in revisions right now, but let me send you something so you can get a sense of what this character really is.”  And he said, “In the comic books, the guy’s just sort of this raging robot.  ‘I am going to destroy you’ you know?”  He said I really want to extrapolate on that.  He sent me these scenes that were, you know, threatening, intimidating, crazy, funny, quoting Emily Dickenson.It was just such a weird, complex amalgamation of things.  And as it turns out, Kevin Feige told me, a couple of days later, “You know, Joss, those aren’t even scenes from the movie.  Joss wrote those scenes just to send you, just so that you’d have a sense of the character…”

Question for Paul – What was your reaction when you found out that you would be The Vision?

“I had just come out of a meeting with a producer who told me my career was over.  And I, this is a true story.  And I sat on the curb in Hollywood with my feet in the gutter and my phone went and I looked at it and went, “Hello?”  I didn’t recognize the number and it was Joss Whedon.  He said, “Do you want to play The Vision?”  And I went, it’s so quick these days, “yeah, I kinda do.” True story. “ 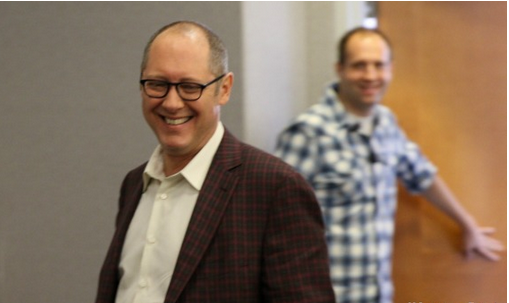 For James – But with Ultron, is there any part of your humor in Ultron? Because we definitely see your mannerisms. 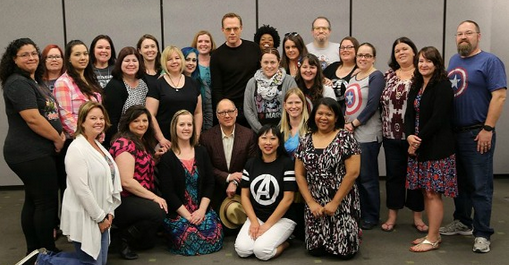 Question for Paul – How much of Vision was makeup and CGI?
“It was a lot of makeup, ha ha.  It was sort of, I would sit in the chair and then you would wait for eternity to come and then you’d be… done.  So it was all, it’s all real.  From about here forward the prosthetics, well the prosthetic actually stops here, and then this was painted purple.”
Disclaimer – This trip was paid for by Disney but all the thoughts and opinions are my own.